You enter the room, look around and with a thought of "hm, I understand..." You understand that it's a living space. Not a hotel room or anything, but like a house. Theres like posters and stuff on the walls that you'd never see on a hotels walls, stuff like a poster for the movie "Escape from New York". More importantly, before you stands a woman whose talking 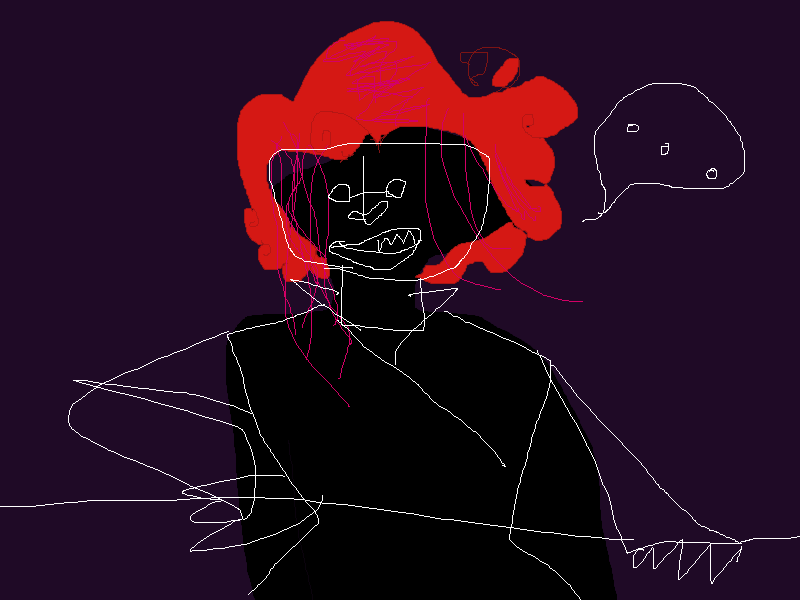 "So, there's this movie snowpiercer right? I haven't seen it, I don't watch a lot of movies, but It got me thinking, what if there was a world wehre there were a bunch of trains going really fast around the world, like nutso shinkansen, just wildly looping around, and around, and around, right? And so, the shit is all going so fast that they're going really cxlose to the speed of light. This is cuz the people on the trains want to live forever, and so they wanna fuck up their time really big time so it's all stretched out. Now, time might look normal to them, I'm not really sure, but I think that it might. I mean, when you're going that fast it's probably more like everything else went crazy. But anyhow, they aren't satisfied, so they put some people out on the ground again, and now there's train guys and ground guys. Now, you might think that the ground guys would be upset, but really not really. I mean it's not like its any different...really. Plus, there's a lot more room to stretch your legs and kick back. There's work to do, time to enjoy, just life. Really its those psychos on the trains. I mean, they sent us out here just so that they could enjoy being observed enjoying the slow life? They must hate life, and its bounty, too, to be sitting in these fucking trains, lol. Like, seriously, just fucking around between cars, getting service or whatever to their cabin and sending their kids off to play or go to train school. And they got robots and shit to take care of them, but down here we got stuff like brutalist architecture, we got weather, we got humanity, those motherfuckers aren't human, they aren't human"

By this time you stop listening...Chrissys been going on for a bittttt tooooooo longgggggg......for a journalist shes a bit caught up in some bullshit. Get real! Let's leave her to her own devices